Facts and figures on UNESCO’s reform 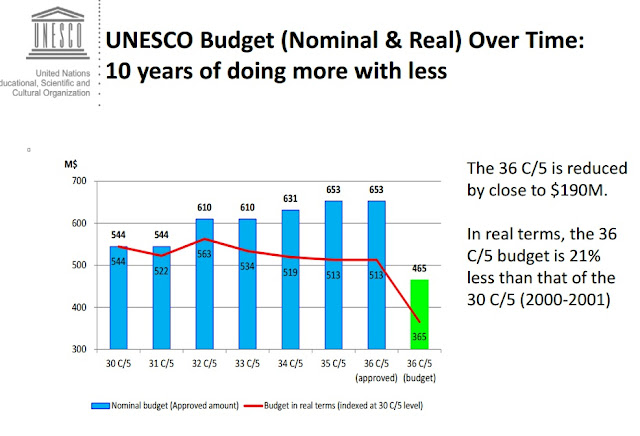 UNESCO defines a budget covering two years of operation. The budget in the above graph are in millions of US dollars. The budget defined in the 30th General Conference (2000-2001) was $544 million. The following budgets showed increases until the 36th General Conference (2012-2013) which reached $653 million. Following the most recent reforms, the budget for 2014-2015 is $465 million. In addition to the regular budget financed by assessed contributions, UNESCO also receives voluntary contributions for additional programs and activities. 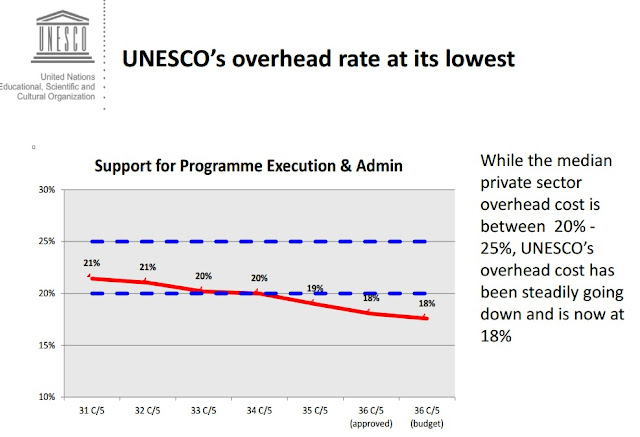 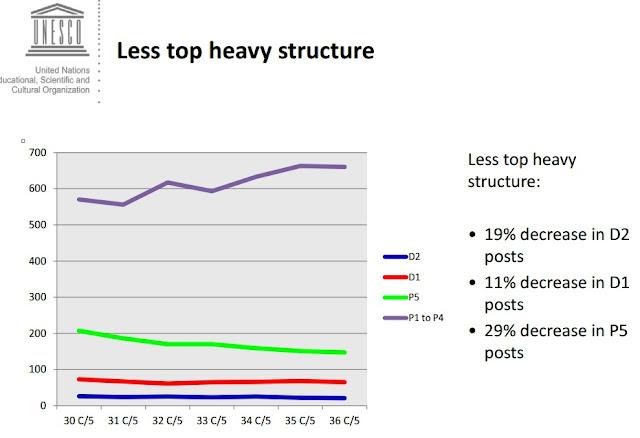 The international professional staff is composed of persons in the following career steps:


The principal goal of employees at these levels is to demonstrate your expertise by participating in the execution of programs and projects, moving in the course of your apprenticeship to higher levels of responsibility.

Staff at these levels serve as a project leaders in charge of small teams; They launch and develop particular facets of the UNESCO program and gain further professional experience.

Responsibilities as head of a section, director of a division or director of a UNESCO field office will include direct participation in the preparation and execution of the Organization’s strategy. At this level, staff members will manage budgets and assume leadership roles.

Click here for the original source of these data.
Posted by John Daly at 1:47 PM